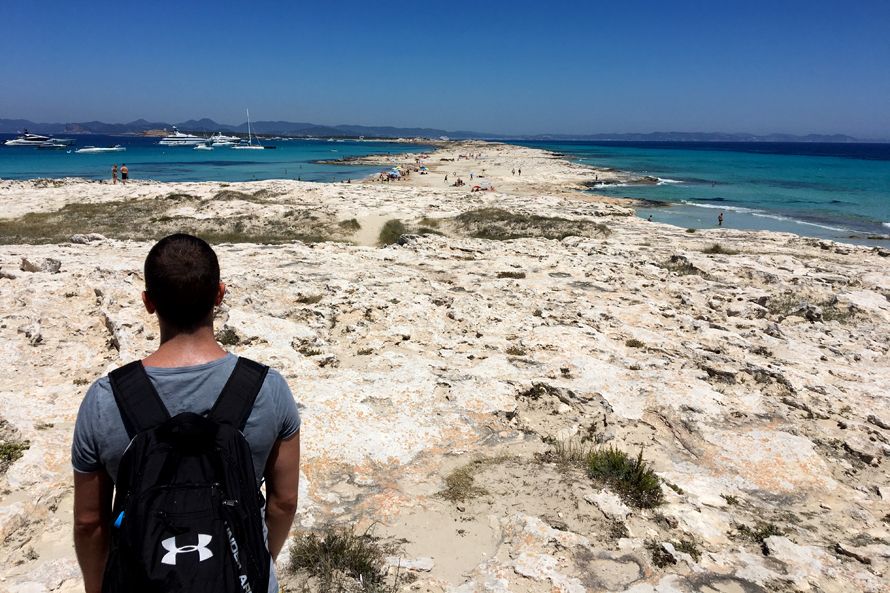 People are more and more inclined to go on a day trip from Ibiza to Formentera to visit the beautiful unspoilt beaches that have been appearing on magazine covers worldwide in the last few years. If you’re still wondering if it’s worth visiting our neighbour island, keep on reading and discover some of the interesting things you’ll find only 45 minutes away from Ibiza.

From August to October, hundreds of flamingos migrate to the waters of the Nature Reserve of Ses Salines to spend the winter away from the harsh months on the peninsula. The Estany Pudent pond is a good place to watch them at dusk.

Bikes and motorbikes are the most popular means of transport in Formentera, as it is only 25 kilometres from one end to the other. The island is mostly flat and has 28 nature tracks that are suitable for cyclists. 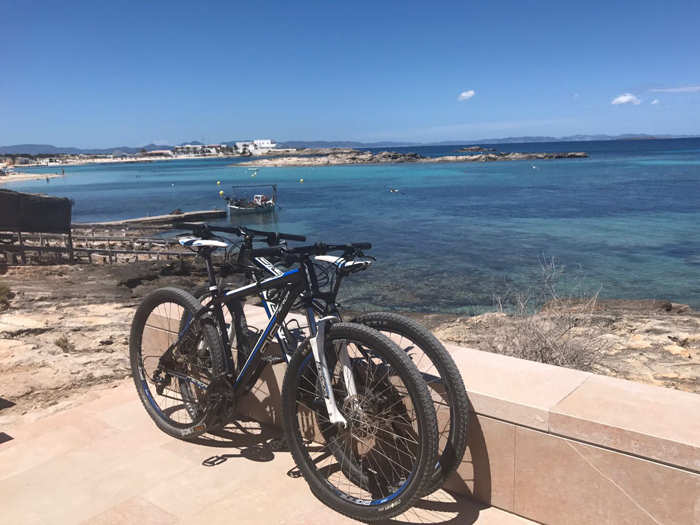 Formentera is an ideal destination for cycling © NC/Ulises Cat

This is the island's iconic tree due to the unmistakable shape of the older ones that need to be propped up to help the branches grow horizontally. One of the most photographed fig trees is seen from the main road on the island, at kilometre marker 9.

This dried fish (peix sec) is one of Formentera's typical products and an essential ingredient in their traditional salad. If you love it, you can take some home ready to eat as you can buy it tinned in oil prepared by Salazones Fersa. 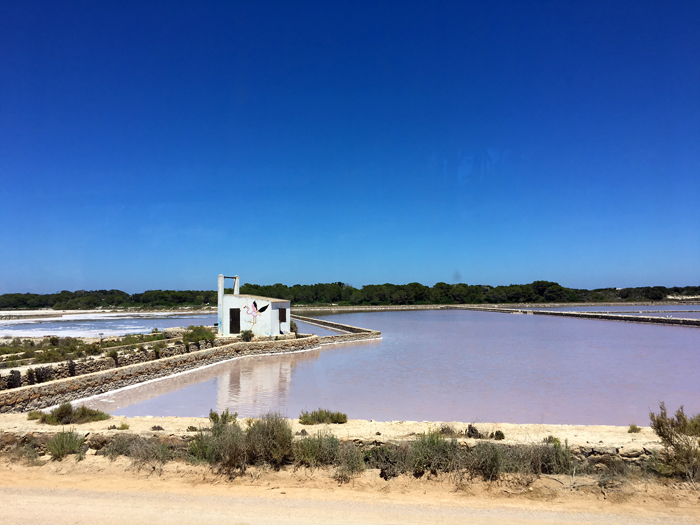 The pink ponds of the Natural Park of Ses Salines. © NC/Ulises Cat

The salt mines in Formentera have been an important part of the island since at least the 13th century when they first appear in writing. On the way to Ses Illetes beach you will find salt pools and further on towards Es Pujols, you’ll see the salt mountains and facilities related to its production.

The Berber attacks determined the island’s architecture as we can see from its churches built as small fortresses. The best example of this is the Sant Francesc Xavier temple. 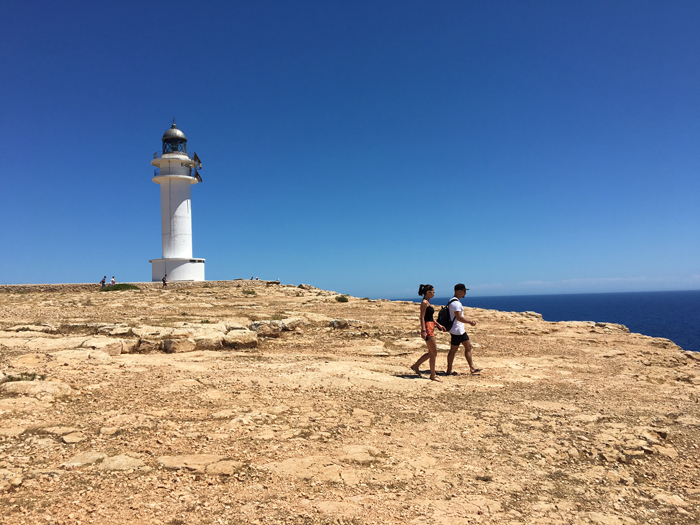 The lighthouses of La Mola and Es Cap de Barbaria are the best known in Formentera. The latter became famous because of the Spanish film Sex and Lucía, but the lighthouse of La Mola appeared in a Julio Verne novel years before.

Beso Beach, Blue Bar, El Pirata Bus and 10.7 are only a few of the beach bars that face the sunset every evening from the beaches of Migjorn and Illetes. Other spots to enjoy the sunset are El Mirador restaurant, overlooking the entire island, or the lighthouse called Faro del Cap de Barbaria. 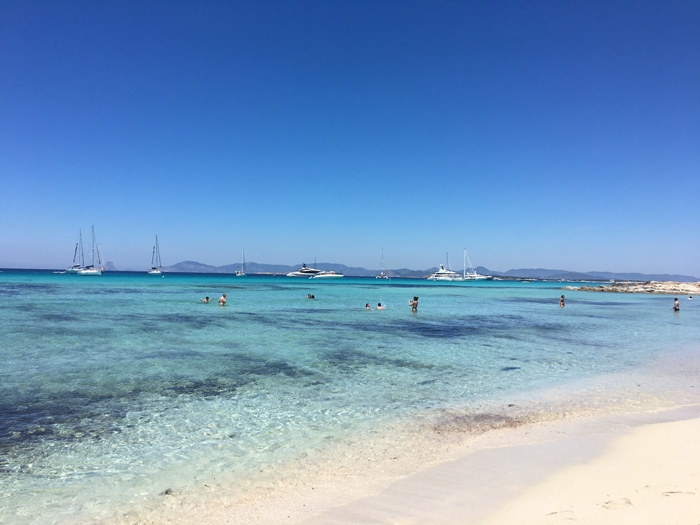 Formentera has over 20 kilometres of beaches with their white sand and crystal-clear waters. The island’s iconic picture is the beach of Illetes, a spectacular stretch of sand with turquoise waters as good as any Caribbean postcard.

There are 360 boathouses scattered across Formentera’s coasts and its islets. Here fishermen would store their implements and their llaüt, a traditional boat.

Are you thinking about a trip to Formentera from Ibiza?

Book your ticket to paradise with us and board one of our boats.

We’ll be waiting for you at d’en Bossa and Figueretes beaches.